IELTS ….
FACTS THAT MAY SHOCK YOU….

You are well prepared or at least you think that you are well prepared and ready to face the test.You have done months of training in a certain academy of your choice and believed every word they have shared with you.Your English is not bad and you can write and speak better than many of your friends and you took the test with the expectation that you would get score required but when the result was published your were literally shocked.
Why?
You did not get the score required and you still believe that you have done all the modules well and when doubts creep in to you mind about the tester and the whole testing system and you contemplate on applying for revaluation the best time has arrived to explore exactly the subtle factors which led to your failure.

Non Linguistic Factors
The often neglected factors which led to you miserable failure in IELTS are no in way related to your linguistic proficiency but they play a vital role in helping you score or not.

If one thinks of the history of the non linguistic factors, it goes back to the time when once thinks of considering IELTS.From the time he thinks of IELTS his mind is inundated with verbal and nonverbal expressions of thoughts by other people.Expressions like ‘It is tough’ ‘Many fail and the success rate is too low’ ‘Only people with the best school/college education are going to make it’ Such negative thoughts from peers make a negative neural path in the brain which in turn leads to the loss of confidence in the minds of most candidates.The hidden and vicious negative thoughts imprinted in the brain often works against the candidate not matter how confident he may sound.He involuntarily sees himself as a failure and visualises a poor score and poor performance in the test.His mental movie screen shows a poor student doing poorly in the test and his wild imagination brings pictures of the courier person brings the Score Report in the white (BC) or brown (IDP) and he hesitantly opens the envelope with shaky hands and lo the score is only 5.5 or any score less than he needed for the materialisation of his dream.He does not realise that the result he is holding in his hand is the result of continuous negative programming all the months preceding the test.This proves the importance of ‘Positive Visualisation’. For details and help contact the author.*

The Test Venue.
Another major element which is often ignored is the test venues where the tests are conducted.They are usually conducted in five star hotels which are strange and unfamiliar turfs to most test takers.It is a known truth that we get nervous in strange surrounding and our creativity is adversely affected.The poor test taker hires a auto rickshaws (in countries where they are plenty) or taxi or simply walks to the imposing structure which makes him tense and anxiety creeps in.He sees the expensive cars parked in the parking lot and his imagination works against him by making him compare his life and against the posh and luxury which surrounds him and this is another blow to his already injured self-image and he feels butterflies in his stomach.
Mustering courage he climbs up the stairs of the mega super structure and faces the well dressed, English speaking hotel employees who again make him more nervous.The nervousness and anxiety have reached it zenith and he feels like a robot moving to the test room where again there are other candidates and hotel employees who could again make him more nervous.All this is in addition to the exam funk naturally associated with any examination and his test taking skill is greatly affected. How to conquer nervousness and anxiety*Contact the author.

No matter how trained and skilled a test taker is, the above non linguistic factors play a major role in the performance of a candidate. 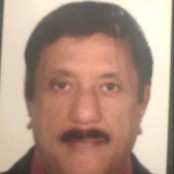